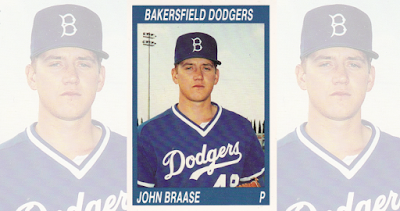 College of Southern Idaho reliever John Braase helped save his team's season in this May 1987 playoff contest, The Twin Falls Times-News wrote.

Braase came on for the starter and held his opponents as Southern Idaho came back for the win, The Times-News wrote.

Braase went on from Southern Idaho to turn pro. His pro career lasted three seasons. He topped out at high-A.

Braase's career began in 1988, taken by the Dodgers in the 29th round of the draft out of Southern Idaho and the College of Idaho.

He started with the Dodgers at rookie Great Falls. He got into 17 games, starting seven. He went 4-0, with a 3.09 ERA. That July, he went five innings while giving up three, but he got the win. 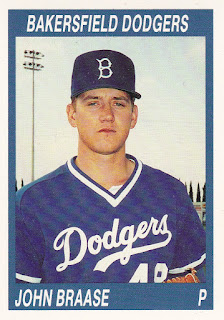