Dan Walters made bigs, then turned to policing; Later was shot aiding to another officer, has since passed 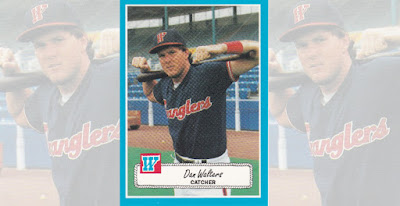 Called up to the Padres in June 1992, catcher Dan Walters knew his role on the team, according to The  North County Times.

He knew he couldn't take the place of regular San Diego catcher Benito Santiago, even after a performance where hit a triple and his first major league home run to help the Padres to a win, The Times wrote.

"I'm not really concerning myself with Benny," Walters told The Times. "He's the best, no doubt about it. All I can do is do my job."

Walters did his job in the majors that year and the next. Later, he went on to a different job, a job as a San Diego Police officer.

Then, while doing that job, the night of Nov. 12, 2003, Walters suffered injuries that would eventually take his life.

That night, after encountering a gunman at a domestic violence scene, Walters came to another officer's aid and was shot in the neck. The shooting left him injuries that paralyzed him and, nearly 17 years later, ultimately took his life.

"Dan grew up locally, played professional baseball here in San Diego and proudly served his city as a police officer," the San Diego Police Department said in a statement upon his passing in April 2020, according to The Associated Press. "He will forever be remembered by the members of this Department."

Walters' path to the majors and then to to the San Diego PD began in 1984, taken by the Astros in the fifth round of the draft out of Santana High School in Santee, Ca.

Walters started with the Astros at short-season Auburn and single-A Asheville. The catcher hit .180 over 59 games. He made AA Columbus in 1988 and he briefly saw AAA Tucson.

Then, for 1989, the Astros sent him to the Padres in a trade. He played most of that year at AA Wichita and then split 1990 between Wichita and AAA Las Vegas. He played 1991 back at Las Vegas and started 1992 there.

In June 1992, he got his call to the bigs. Upon his arrival, Padres scouting director Reggie Waller, who also worked with Houston when they originally drafted Walters, spoke to The Los Angeles Times about Walters' path to the sport's highest rung.

"Most people never thought he'd spend a day in the majors," Waller told The LA Times then, "but he had this fight in him. This toughness. This determination."

Walters got into 57 games for the Padres that year. He hit .251, with four home runs. He then returned there for 27 final big league games in 1993.

He returned to play two more seasons in the minors, at AAA with the Rockies and Athletics in 1995 and 1996 to end his playing career.

Then, in 1998, he became a police officer. Years later, The San Diego Union-Tribune spoke with Walters and Walters cited helping people, including getting women and children to shelters, as among his best moments on as an officer.

He also recounted to The Union-Tribune the night he got shot, as he came upon a domestic scene as another officer took fire. A confrontation led to a scuffle and the suspect fired.

"When I came to, for all I knew, I was dead," Walters told The Union-Tribune. "I guess I'd been out a few minutes, and then I woke up and there's chaos in the street: fire engines, red lights flashing, cops running all over the place and I woke up and it's like, 'Oh, s---! I can't move.'"

But he survived, though paralyzed largely from neck down. Upon his passing in 2020, The Union-Tribune quoted Bruce Bochy, a coach with the Padres during Walters' time with the club.

Bochy called Walters' story tragic and Walters a terrific person and great teammate who could catch and throw, The Union-Tribune wrote.

"This is a sad story," Bochy told The Union-Tribune, "of a man who was serving his community as a policeman." 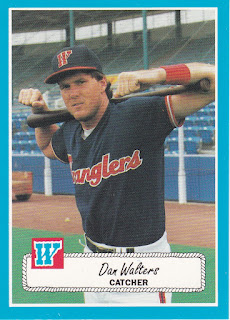