Shannon Penn made the bigs and got to see big boys play; Played there himself over nine games 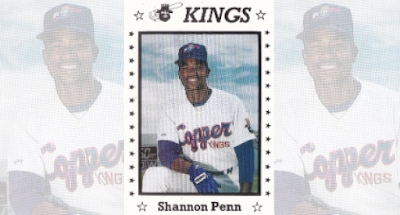 Shannon Penn made the bigs for the first time in April 1995 with the Tigers and promptly went 3 for 4 in his debut.

To The Detroit Free Press afterward, Penn spoke about simply being there.

"It was a great feeling being there watching the big boys play," Penn told The Detroit Free Press. He then answered whether being there made him a big boy: "Not until I get some years under my belt I will be."

Penn saw two more contests that season and six more big league games the next. Those two calls ended up being the extent of his major league career.

Penn's career began in 1988, taken by the Rangers in the 58th round of the draft out of Lakeland Community College in Ohio.

Penn made single-A Gastonia for 1991. He stole seven bases in 48 games. That April, he described base stealing to The Charlotte Observer and promoted relaxation.

"When you're relaxed inside, it makes you a lot quicker," Penn told The Observer. "I just want to keep learning this year."

He returned for six more appearances in Detroit in 1996, all in September. He picked up 1 hit in 14 at bats. That season marked the end of his career. 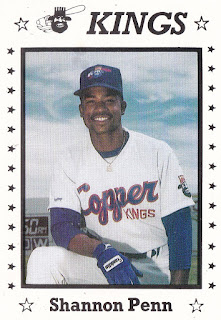