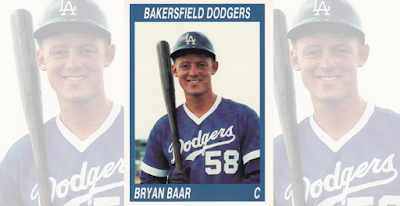 Bryan Baar started slow for the AAA Albuquerque Dukes in 1992, and he recalled a bad game the previous year led to a tailspin, he told The Albuquerque Journal that April.

But he seemed to spark the start of a turnaround, with the help of his coaches, he told The Journal.

"They told me to just relax, and that it was a long season," Baar told The Journal. "The last think I needed to do was get real down about a bad game."

Though he started that year at AAA, his fourth season as a pro, he went on to also see time that year back at AA and at high-A. That season proved his last as a pro.

Baar's career began in 1989, taken by the Dodgers in the seventh round of the draft out of Western Michigan University.

Baar started with the Dodgers at rookie Great Falls. The catcher hit .288 in 48 games. That July, he hit a first-inning grand slam, one of 10 home runs he hit on the year, to help his team on to a win, according to The Great Falls Tribune.

"It was a high fast ball. I knew it was out," Baar told The Tribune afterward. "I'd been over-swinging a little bit the last couple weeks, but tonight I slowed it down and made contact."

He played 1991 at AA San Antonio, where he hit .224 over 101 games. He then saw Albuquerque early in 1992, then San Antonio and Bakersfield again to mark his final season as a pro.

Baar has since stayed in sports. In 2015, he served as manager at Art Van Sports Complex in Rockford, Mich., a job he continued in 2020. 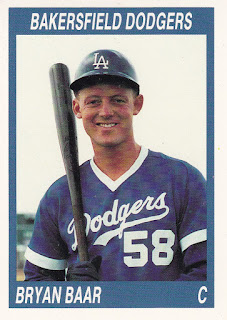