Tony Coble played a single season as a pro; He then joined the Army and made First Lieutenant 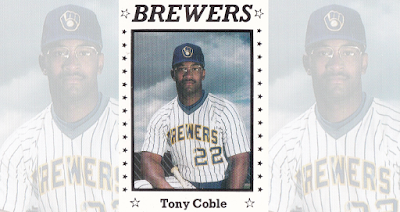 The Helena Brewers came back and Tony Coble sealed it in this August 1990 game as he hit a two-run single over the center fielder for the win, The Helena Independent-Record wrote.

Afterward, Coble explained to the paper how he did it.

"I just wanted to hit the ball," Coble told The Independent-Record. "You get behind 1-2 in the count with the game on the line and you get real nervous. That's what I was, real nervous, scared I wouldn't hit it."

For Coble, big hits like that proved few as that season turned out to be his only season as a pro. Coble then went on to a new career, one where he couldn't get nervous. He went on to a career in the Army.

Coble's baseball career began and ended that year in 1990, taken by the Brewers in the 28th round of the draft out of Wingate University. Cable was also credited as Anthony Cable.

With the Brewers, Coble played his season at rookie Helena. He prepared for his pro shot, he told The Independent-Record, by practicing with wooden bats.

Coble got into 32 games overall for Helena. He hit .240, with three home runs and 16 RBIs, marking the extent of his pro career.

Coble soon started his second career, in the Army. He spent nearly 15 years there, in Saudi Arabia, Kuwait and South Korea, according to The Asheboro Courier-Tribune. He rose to the rank of First Lieutenant.

By 2014, he had returned to baseball, first as a coach at Wingate and then as a coach for the amateur Asheboro Copperheads.

"We're fortunate to be able to add someone with Tony’s credentials to our coaching staff," Copperheads GM David Camp said as he joined the team, according to The Courier-Tribune. "Not only did he distinguish himself athletically at both the high school and college levels, but he has also served our country with honor and distinction. His personal and professional integrity and his outstanding leadership skills will definitely be an asset." 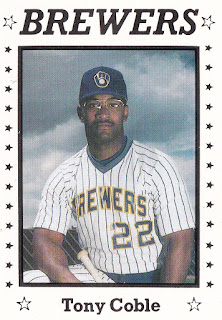