Tim Wilson did a good job in relief in rookie ball in 1989; Played two seasons, didn't make it higher 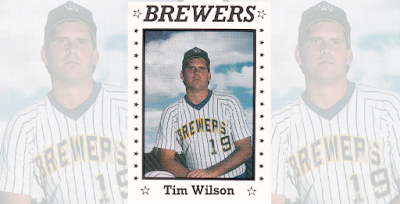 Tim Wilson came on in emergency relief in this late-July 1989 contest for rookie Helena and he pitched well.

He pitched well enough to go six-plus, give up one earned and earn praise from his manager, Dusty Rhodes, The Helena Independent-Record wrote.

Wilson "did a good job," Rhodes told The Independent-Record. "He deserves a chance to start."

Wilson did get a chance to start at Helena. He started five games over 17 appearances. Those five starts proved to be the only starts of his short career. His career spanned two seasons, both at Helena.

Wilson's career began in 1989, taken by the Brewers in the 11th round of the draft out of St. Andrews University in North Carolina. He is a native of Colfax, Iowa.

With his selection in the draft, Wilson became the school's first-ever player taken.

Wilson started with the Brewers at Helena. He saw 17 outings on the season and those five starts. He went 3-4, with two saves and a 4.11 ERA. He picked up his second save in a late-July contest as he struck out the last batter.

Wilson returned to Helena for 1990. Upon his return and the return of other pitchers, his new manager Gary Calhoun noted their experience to The Independent-Record.

"The pitchers are familiar with this league," Calhoun told The Independent-Record, "they know what to expect from the league and the road trips."

Wilson ended up seeing time in 13 games that year, all in relief. He threw two innings of one-hit ball in a July game. Overall, he went 2-0, with a 2.93 ERA and one save to end his career. 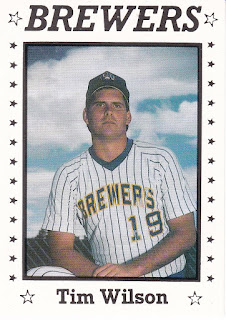