Pat Miller followed his father to the pros, not to the majors. Played five seasons, made AA 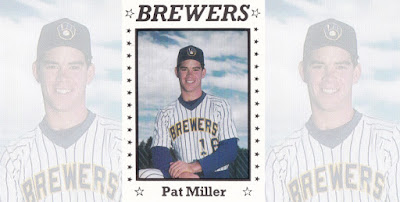 As Pat Miller started his pro career in 1990, talk often turned to his father, Bob Miller, The Helena Independent-Record wrote.

That's because Miller was taking the first steps in his attempt to follow his father all the way to the majors.

"I've always had this dream since I was a little kid to make it in pro ball," Miller told The Independent-Record that July. "I want to be just like my dad."

Miller's career began in 1990, taken by the Brewers in the 19th round of the draft out of the University of Detroit Mercy.

He returned to Beloit for 1991 and turned reliever. He pitched in 33 games, saved nine and had a 1.63 ERA. He picked up his eighth save that August by going 2.1 innings and giving up one hit.

Miller started 1992 at high-A Stockton, then moved mid-season to the Mets and single-A Columbia. In 1993, he made AA Binghamton for two games. He gave up two earned in two innings of work.

Though he didn't follow his father to the majors, Miller did follow his father into another career, financial services. Miller started Miller Financial in 1998, according to his website. He continues to head the practice in 2020. 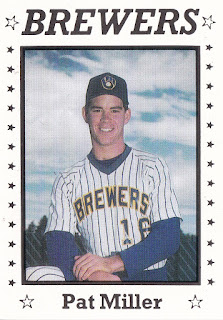