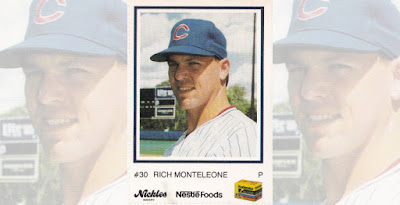 Originally published Dec. 11, 2010
The season had started off well for the Yankees in 1992, they were 6-0. But Yankees pitching coach Mark Connor and manager Buck Showalter wanted to spread some of the relief work around, according to The New York Times.

On this night, April 13, it was Rich Monteleone's turn. He went out and didn't give up a run in 1.2 innings of work.

Monteleone's career began in 1982, taken by the Tigers in the first round out of Tampa Catholic High. He played that year at rookie league Bristol, first seeing AA the next year at Birmingham and AAA Evansville in 1984.

The next spring, Monteleone was seen as a top young arm in the Tigers organization.

"If they send me to Nashville, I'll just have to do the best I can there and hope for a break," Montleone told The Lakeland Ledger in February 1985. "I feel like I'll get a chance to pitch up here, if not with Detroit, then hopefully, someplace else."

He went 6-12 in 1985 with AAA Nashville, with an ERA of 5.08. It was the final year in the Tigers system for the former top-round pick. He was traded that off-season to the Mariners for Darnell Coles.

With Seattle, Monteleone spent another year at AAA. But, in April 1987, he made the big club. He pitched in three games for the Mariners that year, seven innings, giving up five earned runs.

The next year he was with the Angels, pitching in another three games. It was in 1989 where Monteleone saw his first extended time in the majors, 24 outings for the Angels, posting a 3.18 ERA.

In one May game, he earned his first major league victory, but not before coming in and giving up a single and two walks to load the bases in a scoreless game, then getting himself out of the jam, The Los Angeles Times wrote.

The next year, it was off to the Yankees, where he saw time each of the next four seasons. That year in 1992, Monteleone saw his most outings, 47. He also had a 3.30 ERA.

Monteleone had been a starter in the minors. But in the majors, he became entrenched in relief. It was something he accepted.

"I just want to pitch the best I can each time out, and I want the team to win," Monteleone told The South Florida Sun-Sentinel in March 1993. "Some people need the fame. I'm not one of them."

"I was very excited for the opportunity to come back and glad they still feel I can help the team," Monteleone told The LA Times in June 1996. "It's a pretty comfortable feeling here because I know most of the guys and all of the coaches."

After his playing days were over, Monteleone returned to the Yankees, as a coach and instructor. He stayed with the Yankees through 2008, when he was let go. 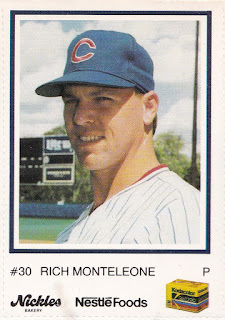