Raul Mondesi had everything, won NL Rookie of the Year, played 13 ML seasons then went to prison for corruption 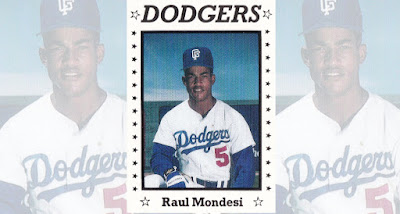 Great Falls Dodgers manager Joe Vavra assessed his new players in June 1990, among them a 19-year-old Raul Mondesi, according to The Great Falls Tribune.

"He's got everything," Vavra told The Tribune. "He's probably the best outfielder in the organization for his age."

Mondesi took his everything to the majors in his fourth pro season. He then won National League Rookie of the Year honors in 1994 and made the 1995 All-Star game. By the time his career was over, he'd seen time in 13 major league seasons and hit 271 total major league home runs.

He later went from everything to politics in his home country - and then to prison for corruption.

Mondesi's career began that season, having been signed by the Dodgers two years earlier out of his native Dominican Republic.

Mondesi started with the Dodgers in the minors at Great Falls. He hit .303 in 41 games there. He then saw high-A Bakersfield, AA San Antonio and two games at AAA Albuquerque in 1991.

He saw San Antonio and Albuquerque again in 1992. He then started 1993 at Albuquerque and, in July, made Los Angeles.

"I want to say thank you to my teammates," Mondesi told The Associated Press after winning the award. "They tell me, 'You've got to play hard because you've got a chance to win rookie of the year.' I played hard every day, that's why I won."

Mondesi's 1995 saw him hit .285, with 26 home runs and become an All-Star. That July, he welcomed his son, future major leaguer Adalberto Mondesi, into the world with a home run, The AP wrote.

"Right before the game, I said I'm going to play extra hard because I'm giving this game to my new baby," Mondesi told The AP. "I try hard every game, but today was a special game because of my new boy."

Mondesi then returned home to his native Dominican Republic and entered politics, a path that would soon lead him into trouble and prison.

He served in the country's chamber of deputies and then as mayor of his hometown, San Cristobal, from 2010 to 2016.  As mayor, he was found to have defrauded the town of more than $6 million and was sentenced  in 2017 to eight years in prison. 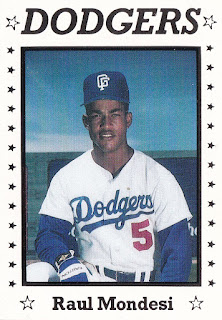