Bill Brakeley made improvements in college, then played three pro seasons; Made single-A 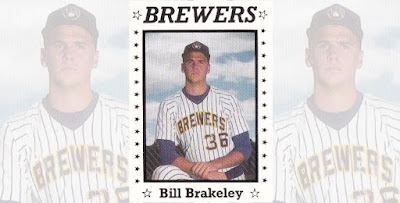 Bill Brakeley's head coach at the University of Delaware Bob Hannah saw a big change in the left-hander from 1988 to 1989, Hannah told The Wilmington News-Journal in April 1989.

Brakeley did so as he increased his confidence and his control, Hannah told The News-Journal.

"Last year, he'd fall behind the hitters and would just be throwing the ball," Hannah told The News-Journal. "This season his breaking ball is consistently in the strike zone, he changes speed pretty well and he's consistently on top of hitters."

Brakeley took his success that season at Delaware on to the pros. His pro career lasted three seasons. He topped out at single-A.

Brakeley's career began that year in 1989, taken by the Brewers in the fourth round of the draft out of Delaware.

He continued playing, though, at least locally in Delaware, in semi-pro ball. He threw a seven-hitter for his local Guy Johnson team in an August 1994 championship series game. He credited his teammates with getting the club to the win.

"These guys have been providing a lot of punch for us (pitchers) to work with," Blakeley told The News-Journal afterward. "I wouldn't have had half the success I've had this summer if it weren't for the guys behind me." 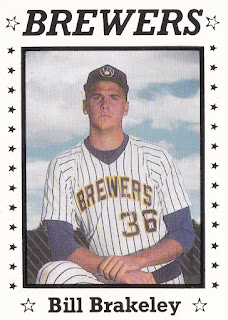