Anthony Young lost 27 straight decisions; The way he looked at it, it made him better 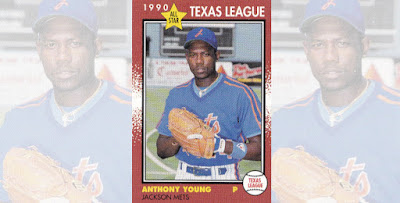 Originally published Sept. 24, 2019
Anthony Young's first loss focused on Chris Sabo. His last focused on the number: 27, the number of consecutive decisions he lost from 1992 to 1993.

Young ended up facing a lot of good hitters over the next two seasons, but it wasn't until July 28, 1993, that Young recorded his next win. In between, he went 0-27, though he did record 16 saves as he moved to relief.

Young and those around him knew that a lot went into the streak, including a lot of bad luck - errors, relief pitching, run support, his own pitching. Realizing all that, he told The Las Vegas Sun in 1996, ended up being a benefit.

"It makes you better as a pitcher," Young told The Sun. "It helped me be stronger because you hear fans talk about it, but half of them don't know baseball. It helped me learn than you can't control what goes on (around you)."

Young's career began in 1987, taken by the Mets in the 38th round of the draft out of the University of Houston.

Young started with the Mets at short-season Little Falls. He made single-A Columbia in 1989, then AA Jackson in 1990.

Back with the Mets in 1993, the losses kept coming - and the unwanted attention kept growing. After his 24th loss, Sports Illustrated wrote a story headlined "Sigh Young." After his 23rd loss, SI wrote that young wore a shirt that read LIVE AND LEARN.

"I'm not the type to run and hide from my problems," Young told the magazine.

The streak-breaker came in relief, and nearly looked like another loss. He came on in the top of the ninth inning of a tie game and gave up the unearned go-ahead run. The Mets, though, came back with two in the bottom of the frame and Young got the win.

Young went on to return to Houston and coach youth baseball.

In June 2017, Young, who had been diagnosed with brain cancer, passed away at the age of 51.

Former Mets teammate Turk Wendell recalled in a statement to reporters seeing Young earlier that year at a fantasy camp.

"Anthony was a true gentleman," Wendell's statement read, according to ESPN.com. "At this year's fantasy camp, he told us he had a brain tumor. That was Anthony. He never ran away from anything." 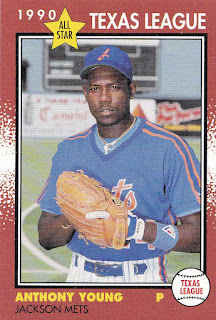