Junior Perez roomed with Pedro Martinez and Raul Mondesi at Great Falls; His pro career, though, amounted to 41 games 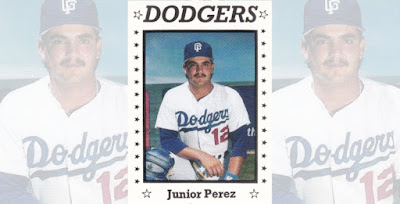 Junior Perez came through for his Great Falls Dodgers late in this July 1990 game. The score tied, he knocked one down the line to touch off a rally that sent Great Falls on to the win, The Great Falls Tribune wrote.

"We do whatever it takes to win," Perez told The Tribune afterward. "I was trying to put the ball in play."

Perez did whatever he could that season at Great Falls. He also roomed with two future major league stars. But Perez' efforts weren't enough for himself. That season proved his only season as a pro.

Perez' career began and ended that year in 1990, signed by the Dodgers out of his native Dominican Republic.

"I needed my own space, and Raul, a year older than me, and Junior, who was an old man at 22, thankfully didn't make a stink about it." Martinez wrote.

On the field, the catcher picked up two hits in a July game and hit the game-winner in the 12th inning of an August game. 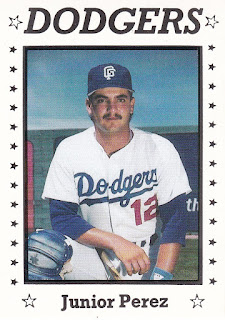