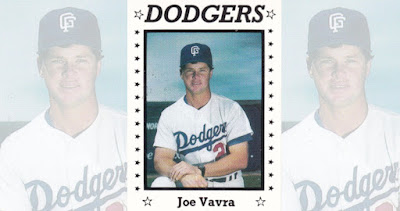 Joe Vavra got an important invitation with the Dodgers in fall 1988, according to his hometown Chippewa Herald-Telegram.

Just three seasons after his own playing career had ended, after a season managing his Gulf Coast League squad to a 43-20 record, the club invited him to coach an instructional league team, The Herald-Telegram wrote.

"You have to be invited to come here and coach," Vavra told The Herald-Telegram then. "I'm coahing third base and gaining a lot of experience. Once you put in your time good things come to you."

Vavra has learned a lot and put in plenty of time in the years since. In 2006, he'd put in enough time to make it to where he never made it as a player, the majors.

He made it there with the Twins, as the club's big league hitting coach. He's stayed in the bigs in the years since. For 2020, he is set to be hitting coach for the Detroit Tigers.

Vavra's career in baseball began in 1982, taken by the Dodgers in the eighth round of the draft out of the University of Wisconsin Stout.

He started with the Dodgers at single-A Lodi. He hit .242 in 49 games. He made AA San Antonio and AAA Albuquerque in 1984. He returned to Albuquerque for 1985 and his final season of 1986, but he never made Los Angeles.

Vavra then turned coach. By 1989, he was managing at rookie Great Falls and winning the league's top manager award as  he took the club to the league title. The next September, he had his team back in the championship series.

"We put together a solid season," Vavra told The Great Falls Tribune as the 1990 title series began. "I'm very happy for them. I think every one of them improved individually. It's such a reward to see that, seeing what you tell them work out on the field."

Vavra stayed managing in the low minors through 1997. He then moved to other job, including minor league field coordinator. He moved to the Twins in that role in 2002 and is also credited as a scout.

He then joyed the big club in Minnesota in 2006. Vavra drew high praise from Twins great Tony Oliva that August, according to The Chippewa Herald.

"I see how hard he works," Oliva told The Herald of Vavra. "He works all the time."

After serving as Twins hitting coach, third base coach and bench coach, Vavra moved to the Tigers in 2018 as quality control coach. For 2020, the club named him hitting coach.

Vavra spoke to The Detroit Free Press in November 2019 about his expectations and his approach, including during batting practice.

"I just think (players) have to know their strike zone, where the points of contact are, out in front of the plate, whether it be going the opposite way or pulling the ball, they have to learn how to get the bat on the ball," Vavra told The Free Press. "I don't want any foul balls in BP. I don't want to see them. I want to go right-center field gap to left-center field gap." 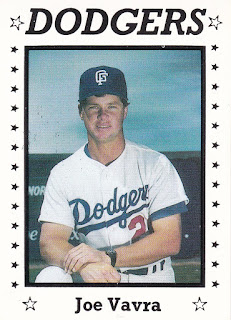