Ira Smith wasn't afraid to fail; Played 14 seasons, got considered for bigs spot, but never made it 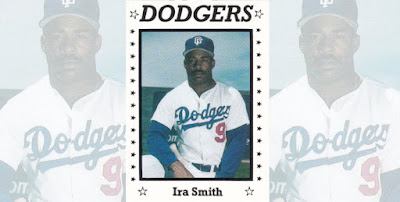 Ira Smith returned to his old high school in 2009 and spoke about failure, according to My Eastern Shore.

He did so as he gave Kent County High School's commencement address, 24 years after he graduated and after a career that took him through pro baseball and later let to an athletic director job in California.

"Failure is there to bring you wisdom," Smith told the graduates, according to My Eastern Shore. "Failure should not be an issue. … Regret lies not in doing, but in not doing. You don't want your resume to say 'I didn't succeed in life because I was afraid I'd fail.' … Success is around the corner."

In baseball, Smith did over a career that spanned 14 seasons. He made AAA in four of those campaigns. He never made the majors, but he did come close once. Fellow players, though, helped end that chance.

Smith's career in baseball began in 1990, taken by the Dodgers in the 37th round of the draft out of the University of Maryland Eastern Shore. Smith was also known by his nickname Dude Smith.

Going into 1994, Smith spoke to The Easton Star-Democrat about his chances of moving up. He believed he was in better shape that year than the previous one where he'd seen success.

"Deep down I think I can do it," Smith told The Star-Democrat. "But ultimately it's not my decision."

Then, mid-1994 came the strike Smith chose to play the final 10 games the next spring. He'd even made the final roster before the strike resolved.

Smith played the year at AA Memphis and AAA Las Vegas. That July, the Padres looked to fill a spot due to an injury and Smith seemed to fill the bill. But the Padres GM spoke to the players and they made it clear Smith would not be welcome. The Padres called up someone else instead.

"That first morning after he heard, it was like being kicked in the stomach," Las Vegas manager Tim Flannery told The North County Times.

Smith played out that year at AAA, then saw AAA again over the next three seasons, moving to the Tigers organization for 1997. But he didn't make the bigs. 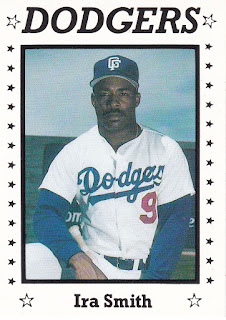