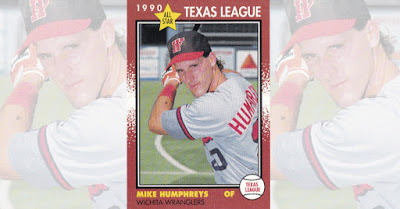 Mike Humphreys knew he played well in spring 1993 for the Yankees. But he knew those numbers were spring numbers, he told The South Florida Sun-Sentinel.

He wanted to put up regular season numbers, he told The Sun-Sentinel.

"It won't matter to me until I hear the national anthem in Cleveland on Opening Day, and I have No. 60 on my back," Humphreys told The Sun-Sentinel. "Then, it will count. Not before."

Humphreys' career began in 1988, taken by the Padres in the 15th round of the draft out of Texas Tech University.

Humphreys started with the Padres at short-season Spokane. He hit .307 over 76 games. He then moved to single-A Riverside for 1989 and played most of 1990 at AA Wichita.

For 1991, the Padres sent Humphreys to the Yankees. Humphreys started that year at AAA Columbus. In July, he made the Bronx. He got into 25 games and went 8 for 40. He knocked in three and stole two bases.

"I'd say it was a good day," Humphreys told The New York Times after his home run, grinning. "I got a little monkey off my back and I got some confidence back."

Humphreys returned to AAA Columbus for 1994, then saw AAA Buffalo and AAA Tacoma for 1995 with the Mariners and Indians. He then finished out his career in 1996 at independent Rhode Island. 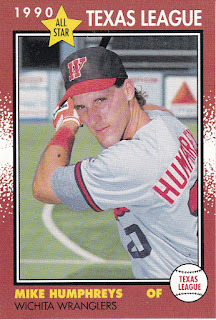