Rocky Bridges spoke of his life in baseball to The Los Angeles Times in 1985 - and gave a glimpse into his personality, as well.

"Baseball is the only thing I really know," Bridges told The Times, before adding a trademark one-liner. "I lost the Rhodes Scholarship somewhere along the line. You know how the mail is."

Bridges' long career in baseball began in 1947, signed by the Brooklyn Dodgers out of Long Beach Poly High in California.

Bridges started with the Dodgers at Class C Santa Barbara, then hit Class A Greenville for 1948 and then AAA Montreal for 1949. He made Brooklyn in 1951.

Bridges stayed with Cincinnati into 1957, when Washington took him off waivers and he played the year with them. In 1958, Bridges made the All-Star team and hit .263 on the year.

His Topps card that season noted his versatility and called him "one of the sharpest bench-jockeys in the game."

Bridges continued playing in the majors through 1961, seeing time with the Tigers, Indians, Cardinals and Angels.

In between, he managed in the minors, including nine seasons spent as manager of AAA Phoenix from 1972 to 1982.

For 1988, he managed AAA Buffalo. The Oklahoman that year wrote that Bridges' colorful personality was "what makes being around baseball people so enjoyable."

"I only have one philosophy: I remember I played," Bridges told The Oklahoman. "I think a lot of managers sometimes forget they played and they made the same boo-boos. We try to eliminate the boo-boos, but they're always gonna be there. I remember when I made outs and booted the ball."

Bridges then managed at high-A Salem for 1989 and served as a coach at short-season Welland in 1990.

Bridges passed away in January 2015. On writing of his passing, The Spokane Spokesman-Review called him "the kind of the one-liner."

One of Bridges' former players at Phoenix, Casey Parsons, recalled Bridges to The Spokesman-Review.

"He was a crossword genius," Parsons told The Spokesman-Review of Bridges. "People don't realize what a baseball guy he was. And he had such a wit about him." 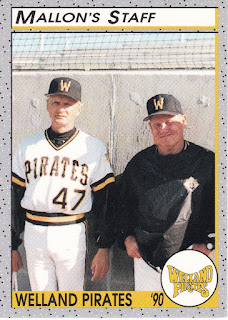