Damion Easley stayed healthy, showed what he could do; Played in 17 ML seasons 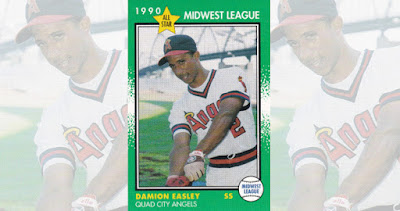 In the midst of his seventh major league season in 1998, Damion Easley had himself a breakout year. He hit .271, with 27 home runs and 100 RBI and made the All-Star team.

That June, teammates talked him up to Bloomberg News Service, noting prior injuries had held him back.

"People close to baseball have always known what he's capable of," teammate Brian Hunter told Bloomberg News. "He's just always had injuries. You get a man on third base with less than two outs, he's in guaranteed. Damion's that kind of player. He's clutch."

Easley went on to play in a total of 17 major league campaigns for six different organizations. Through all that time, though, Easley never saw the postseason.

Easley's career began in 1988, taken by the Angels in the 30th round of the draft out of Long Beach City College.

Easley then debuted in Anaheim in August 1992. He saw 47 games and hit .258. The 1993 season came with the prospect of changing positions, The Los Angeles Times wrote. Easley readily accepted.

"I’m just trying to progress as far as I can," Easley told The Times. "You never stop learning in this game. Hopefully, I'll progress to the level that everybody dreams of."

He moved to the Tigers in mid-1996 and stayed with the club through 2002. He also showed his durability. He got into at least 150 games in four of his first five full seasons in Detroit and and saw 126 in the other.

As the 2008 season came to a close, and his Mets just missed out on a playoff spot, Easley spoke to The New York Times about his lack of postseason experience. He then led the list of active players who hadn't seen the playoffs.

"It’s always in the back of my mind," Easley told The NY Times. "I am not playing for the career numbers, I am playing because I love to play the game, I love to compete and I want to get into the postseason and appreciate that journey."

Easley has since moved into coaching. By 2012, he was with the Padres. He served as a coach and rehab hitting coach with the club in Arizona. For 2019, he moved up to San Diego as an assistant hitting coach and infield coach. 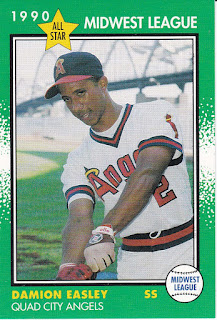