Alan Newman still felt he could be an effective pitcher; Kept going, made majors, Japan 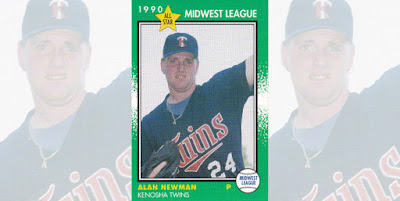 Originally published Oct. 3, 2014
Alan Newman was in his 10th season as a pro in 1997 and he was basically where he was six years earlier: in AA.

He had also spent three of those seasons in independent ball. To The Orlando Sentinel that May, though, Newman said he believed he could still pitch and pitch well.

"That's why I'm doing this because I still feel like I can be an effective pitcher," Newman told The Sentinel. "I'm working hard. I know what it takes to be successful at this level, and I'm just going to take it one day at a time."

Newman's career began in 1988, taken by the Twins in the second round of the draft out of Fullerton College in California.

Newman's stay with the Twins lasted just into the next season. Midway through 1993, Newman moved to the Reds system and AAA Indianapolis. He then moved to independent ball.

From 1994 to 1996, Newman went to independent ball. He played in the Texas-Louisiana League at Alexandria.

In 1997, Newman made his way back to affiliated ball with the White Sox. He played that season at AA Birmingham. In 44 relief outings, Newman had a 2.49 ERA and 10 saves.

He then started moving up. In 1998, with the Padres, Newman played at AAA Las Vegas. He also admitted to The Los Angeles Times he'd thought about leaving the game.

"I've been thinking about [retiring] the last few years," Newman told The Times. "To come this far and not get there [to the majors], it's a hard decision to make."

In 1999, he moved to the Devil Rays and AAA Durham. That May, Newman made the majors.

Newman returned to the majors in 2000 for one final game with the Indians. That June, he explained to The Times what had changed to get him to the majors.

"My approach is different now," Newman told The Times. "Instead of trying to force everything, I just rely on my stuff. I always had the stuff, I had just never harnessed it all until the last few years."

Newman then returned stateside. He finished out his career with three seasons in independent ball. He last played in 2006 at independent Long Beach. 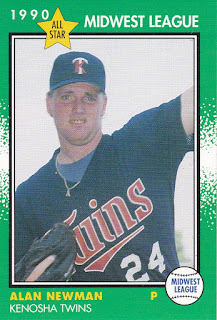