In 2012, Mulvaney was serving as an instructor with the Diamond Club Training Facility in Colorado.

"We're young," Mulvaney told The News Journal. "We threw guys out there that, hopefully, they'll get it. If they keep playing hard, the baseball gods will catch up to you." 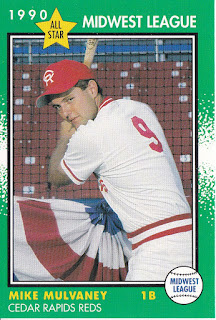