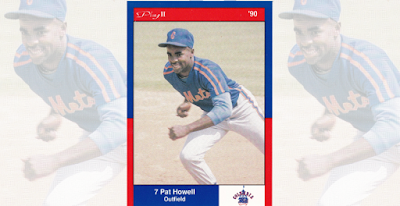 Originally published April 17, 2018
Pat Howell hit an early single and stole a base for the Mets in this July 1992 game, but a defensive miscue became the anti-highlight of the day, according to The New York Times.

Howell dove for a ball in the outfield, but it got under his glove and allowed a run to score, The Times wrote.

"I thought I had a shot at it," Howell told The Times afterward. "It all happened just like that."

Howell made the majors for the first time that July. He got into 31 games by the end of the year and, like that, his major league career was finished. He played that single season in the bigs.

Howell continued on in the minors and independent ball for another decade. He didn't play his final pro game until 2003.

Howell's career began in 1987, taken by the Mets in the ninth round of the draft out of Vigor High School in Alabama.

Howell made high-A St. Lucie and AA Williamsport for 1991, then started 1992 at AAA Tidewater. That July, he got his shot in Queens.

He then returned to the minors. He played 1993 at AAA Portland with the Twins, then 1994 back wit the Mets at AAA Tidewater. He played in Mexico three seasons, then Taiwan in one.

Howell started his run in independent ball in 1999 at Duluth-Superior. He played his final five seasons at independent Nashua in the Atlantic League. In 2001, Howell played through a broken toe.

"It's sore," Howell told The Nashua Telegraph. "But I'm fine. The doctor said there was nothing else they could do, and he gave me the OK to play." 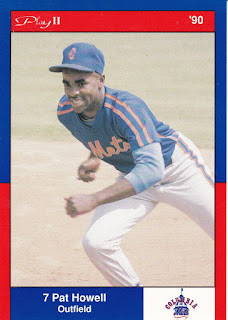