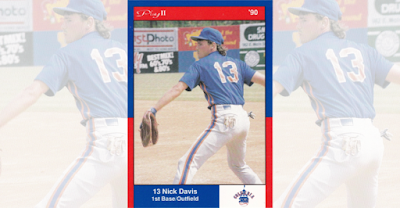 Originally published May 9, 2018
Nick Davis opened his professional career in 1988 for the Mets in the rookie Gulf Coast League and he opened it with a run-scoring hit in his first at bat, put into the game in the seventh inning, according to The Orlando Sentinel.

''I wanted to get in the game because my family came down to see me," Davis told The Sentinel. "I also like it when a coach has confidence in me and he Mets Coach John Tamargo showed it in that situation, I wanted to come through, and it was just a matter of relaxing.''

Davis' career began that year in 1988, taken by the Mets in the 15th round of the draft out of Merritt Island High School in Florida. Davis was also credited by the name Nicky Davis.

The Mets traded Davis to the Astros for 1991 with another minor leaguer for Dan Schatzeder. He played the year between single-A Burlington and Asheville. He hit just .184 between them in 82 games to end his career. 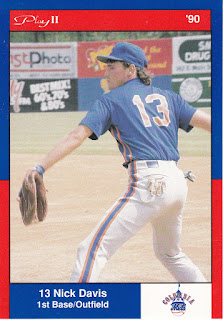