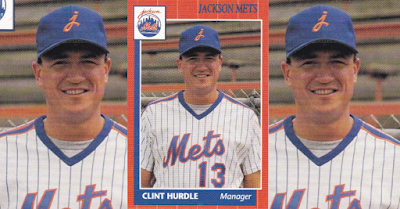 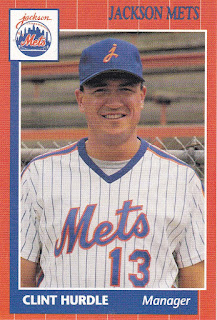 Expectations for the young Royals hitter Clint Hurdle  in 1978 were high. It's just Hurdle didn't immediately live up to them.

To The New York Times that July, Hurdle said he just took it as motivation to work harder.

"I don't know what anyone expected me to do. I just go out and play as hard as I can," Hurdle told The Times. "It's nice to have a lot of people think lot of you. But it's been an uphill battle all the way, and it's going to take a lot of time."

Hurdle went on to play in 10 major league seasons, but he never really lived up to those early projections. He has, however, gone on to spend a lot of time in baseball - more than four decades.

After his time as a player, Hurdle has gone on to a long career as a manager and coach in both the minors and in the majors.

As manager in the majors, Hurdle has headed the Rockies and then the Pirates in 17 seasons. In 2007, he took the Rockies to the World Series.

Hurdle's long career in baseball began in 1975, taken by the Royals in the first round of the draft out of Merritt Island High School in Florida.

Hurdle started with the Royals in the rookie Gulf Coast League. He then played 1976 at single-A Waterloo and then AAA Omaha in 1977.

He played in five more major league seasons, with the Reds, Mets and Cardinals, including a 78-game run with St. Louis in 1986.

He made an early impression in the manager's office, according to The Orlando Sentinel.

"Obviously, we are very high on Clint," Gerry Hunsicker, Mets' director of minor-league operations, told The Sentinel in August 1990. "He is an excellent teacher and communicator, and he works very hard at trying to become the best manager that he can be. He is able to identify his weaknesses and he works hard to overcome them."

Hurdle then made AAA Tidewater as manager in 1992. In 1997, he returned to the majors as a coach for the Rockies.

Hurdle managed Colorado from 2002 to 2009. After Colorado's 2007 World Series defeat, by a sweep, attention turned to the Rockies' lengthy layoff between the NLCS and World Series, eight days.

"You know, we just stayed focused on the job at hand," Hurdle told The New York Daily News afterward. "We were in uncharted territory. We handled it, I think, professionally. I'll give it some thought in the offseason how many things we could have done differently to create a more different environment, a more challenging environment."