Harmon Killebrew hit some shots in the Southern League; He later hit a lot more for the Twins 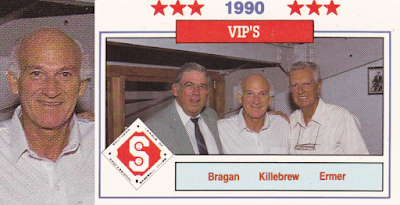 Upon Harmon Killebrew's election to the Hall of Fame in 1984, longtime teammate Bob Allison spoke of the player and man he got to know over the years, according to the St. Louis Sporting News.

In fact, Allison had known Killebrew for years, prior to their major league time, The Sporting News wrote.

"Harmon and.I go back to the minor leagues together." Allison said, according to the Sporting News. "I remember some shots he hit in the Southern League—in Chattanooga and Birmingham— that were awesome, balls that had never been hit out of those spots in those stadiums before. I'm tickled to death for him."

The Southern League reference would come into play a few years after his induction, as Killebrew visited the league's All-Star game in Chattanooga to throw out the first pitch. The visit got him onto the game's team set as a VIP, one more card in a long career of them.

Killebrew's path to Cooperstown began in 1954, signed by Washington out of Albertson College in Idaho.

His path to the majors was a short one. He debuted in Washington without seeing the minors. He debuted a few days shy of his 18th birthday due to the bonus rule at the time that required him stay in the bigs for two seasons.

Killebrew hit 42 home runs in his first year in the majors with regular playing time. He also got his first of 13 all-star nods.

Killebrew then moved with the franchise to Minnesota for 1961 and he soon became a fixture there. Over his first four seasons there, he never hit fewer than 45 home runs. He hit a career high 49 in 1964, a mark he would tie in 1969.

In a feature on Killebrew to start the 1963 season, Sports Illustrated quoted a sportswriter as describing Killebrew's swing.

"Harmon can hit a ball out of the park on a half swing, he's that strong," the sportswriter observed, according to SI. "When he slumps, it's his timing that's off. He swings with his whole body, and once he starts he can't stop."

Upon Killebrew's passing in 2011, Twins President Dave St. Peter tried to describe Killebrew's impact on baseball in Minnesota, according to the Minneapolis Star-Tribune.

"No individual has ever meant more to the Minnesota Twins organization ... than Harmon Killebrew," St. Peter said, according to The Star-Tribune. 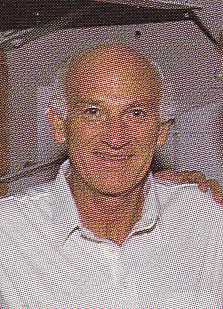 Email ThisBlogThis!Share to TwitterShare to FacebookShare to Pinterest
Labels: All Star, All Star Card, Hall of Fame, Major Leaguer, Passed Away, Southern League