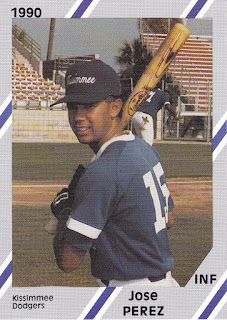 The Salem Dodgers needed some runs and Jose Perez did his best to get things going, according to The Salem Statesman-Journal.

Perez led off the fifth inning with a single, his club down 2-1. He then came around to score one of three runs in the frame as Salem went on to the win, The Statesman-Journal wrote.

Perez led off that rally in his first season as a pro. He went on to play in just one more. He never made single-A.

Perez' career began that summer, signed by the Dodgers as a free agent out of his native Caracas, Venezuela.

Perez started with the Dodgers at short-season Salem. He hit .242 over 55 games. He knocked in 13 and stole 10 bases.