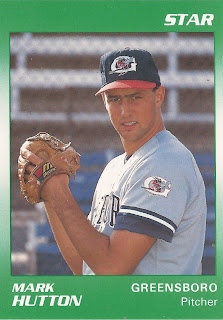 Hutton pitched in eight games down the stretch for the Rockies. He then got into 10 games for the Reds in 1998, finishing out his major league career. He played one more season in the minors, with the Astros in 2000, ending his professional career.