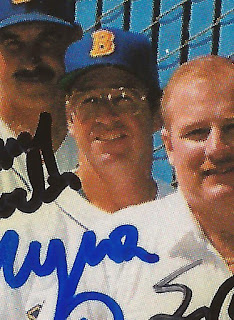 Myron Pines assessed his new young pitcher in August 1991, calling him a starter-type with a good arm, according to The Seattle Times.

"I think he will move up very quickly," Pines, the manager for the rookie Arizona League Mariners told The Seattle Times of the player. "He's thin, wiry, has a good arm but needs to get a little stronger."

The player Pines pegged as the starter-type - Derek Lowe - moved up quick enough. Lowe eventually made the bigs and stayed there for 17 seasons.

Pines made a career as both a coach and a scout, finding players and then working with them to get them to the bigs. One of the players he found as a scout: Lenny Dykstra.

Pines' career in baseball began as a player in 1971, signed by the Royals as an undrafted free agent. 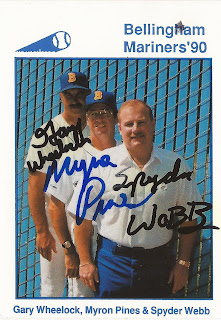 Pines played three seasons as a pro. He started at rookie Billings, played 1972 at single-A San Jose and 1973 at AA Jacksonville. He hit .238 in his final season.

Pines soon turned to coaching. In 1981, he served as coach at Pacifica High School outside Los Angeles when he spotted Dykstra. Pines also served as a scout for the Mets.

In 1986, Pines served as head coach at Santiago High School and worked to rebuild the program, according to The Los Angeles Times.

"The kids are doing a good job," Pines told The LA Times of his Santiago team. "All I'm trying to do here is to keep them interested, to make sure that they're playing the game hard. That's all you can ask of them."

In 1992, Pines continued to coach Santiago, while also working with the Mariners as a scout.

"I'm in a unique situation," Pines told The LA Times that April. "I'm a part-time scout and full-time coach, although the scouting takes up most of my time. I think I have an advantage over most scouts because I can study a player's mental makeup more closely.