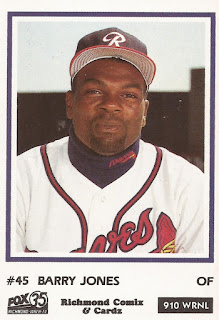 "I've always put out 110 percent," Jones told The Item. "I've always done my best by hustling. I'm a long shot in baseball. I've got to do that."