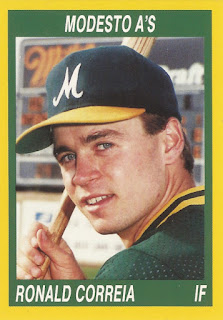 Correia's career began in 1988, taken by the Athletics in the 15th round of the draft, out of Southeastern Massachusetts University. Correia is also credited by his full name, Ronald Correia.