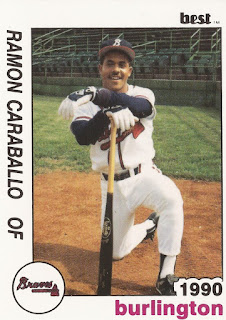 Learning the language was like learning the culture, Ramon Caraballo told The Sumter Item through an interpreter in 1989.

Caraballo played the rest of the season at AAA Louisville. He didn't play in 1996, then returned for one final season in 197 at AAA Iowa, ending his career.