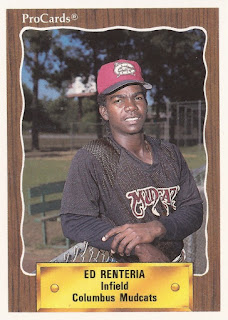 Edinson Renteria's first job in his native Columbia consisted of being a street vendor with some of his brothers, according to ESPN.com.