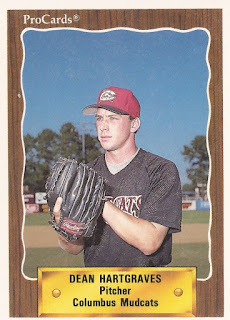 The Houston Astros readied to open the 1995 campaign and reliever Dean Hartgraves readied to join them.