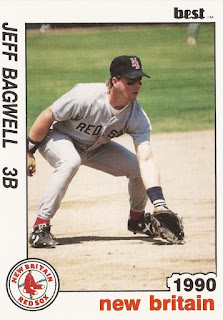 "I'm just thank thankful," Bagwell told reporters then, "I'm even on the ballot, and we'll go on from here."