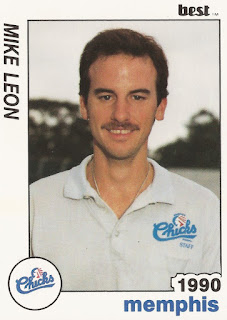 Mike Leon may have missed out on a World Series ring with the Royals by a year, but he did get a ring.

After starting his minor league training career in 1986 - the year after the Royals won - Leon found himself in 1997 as the trainer at AAA Charlotte, in the Marlins system.

As a member of the Florida organization when the team won its first championship, Leon got his ring, according to The Chicago Tribune.

Leon started his minor league training career after receiving his masters degree in sports medicine from Indiana University, according to his Best card.

Leon served as trainer in 1986 for the Royals rookie Gulf Coast League team. He moved to single-A Appleton for 1987 and 1988.