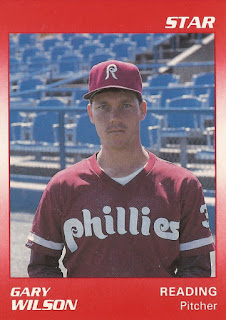 In his third start in May, though, Wilson didn't make it out of the third inning, giving up seven runs. But it was his final season. In 104.1 innings, Wilson gave up 57 earned runs, ending his career.