Larry Pardo scouted Ryan Braun in college and knew he could do it; Pardo played seven pro seasons himself

Originally published Nov. 16, 2010; Updated May 2015
Larry Pardo had been following the University of Miami third baseman for more than two years by March 2005, according to MLB.com.

The university team was playing an exhibition game against the other Miami team, the Marlins. Proven major leaguer Juan Pierre bunted down the line. Fielding the ball cleanly and throwing out the frequent base stealer was Miami Hurricane Ryan Braun, MLB.com wrote.

And the Milwaukee Brewers scout Pardo was there to see it. He would also later sign him.

"It was a tremendous play," Pardo told MLB.com three months later, after the Brewers selected Braun with the fifth pick overall. "I said, 'This kid can do this.'"

Pardo's work with the Brewers as a scout was just one part of a career in professional baseball that reaches back three decades. Pardo himself was drafted, taken in the sixth round in 1984, five rounds after where Braun would be taken 21 years later.

Pardo would go on to have a playing career that spanned seven seasons, but one where he would barely make it to AA, falling well short of the majors.

Pardo was also slow to have much success playing. The right-hander played 1984 at the Rangers' Gulf Coast League rookie team. He went 1-5 with an ERA of 4.72.

The next year, Pardo made single-A Burlington in the Midwest League. In 12 starts, he lost five and won none. He also had an ERA over 9. By mid-1986, Pardo's time with the Rangers system was done. He spent the other part of the year with the Yankees back in rookie ball.

For 1987, Pardo signed with the Angels. He was also converted to a reliever. Back in the Midwest League, Pardo appeared in 38 contests for Quad Cities, 33 of those games in relief. But his ERA again topped 9.

Pardo's season at Palm Springs signaled his last season playing. But Pardo continued in baseball. He's gone on to coach and scout.

In 1996, Pardo served as an assistant pitching coach at AA Portland. A Spanish speaker, Pardo also served as translator for the Marlins' new Cuban right-hander Livan Hernandez, according to The South Florida Sun-Sentinel. He later was named pitching coach at short-season Utica.

Pardo's career in baseball, especially his turn as a scout, has been something he is fiercely proud of, according to a comment attributed to him on the Night Owl Cards blog in 2009. Pardo was responding to a perceived slight by the blogger against his profession as a scout, though one blogger Night Owl did not intend.

The occasion for the comment was a new 2009 baseball card of Pardo, one that was autographed, one of him as a scout.

"Its about time Scouts get some sort of recognition and I'm not saying this for myself but for all the other guys that have gotten up and left their families for long periods of time, and have driven and flown all over the Country looking for ballplayers," the comment attributed to Pardo reads in part.

Other parts of the comment clearly showed the topic had hit a nerve for the former pitcher, something he would later apologize for.

"... it is nice that after all the years in PROFESSIONAL BASEBALL" the original comment continued later, "spent playing , coaching and scouting, someone shows some sort of appreciation."

In 2015, Pardo is serving as pitching coach for the Diamondbacks in the rookie Arizona League. 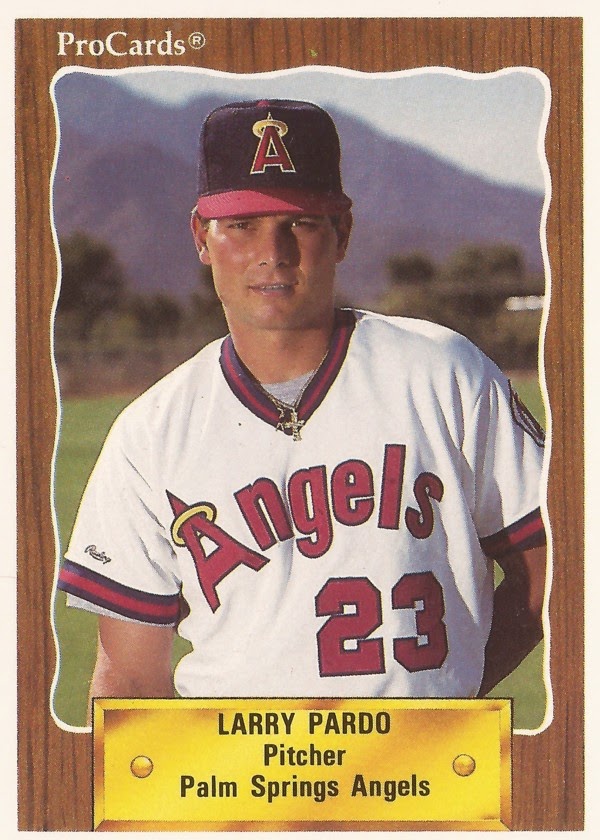