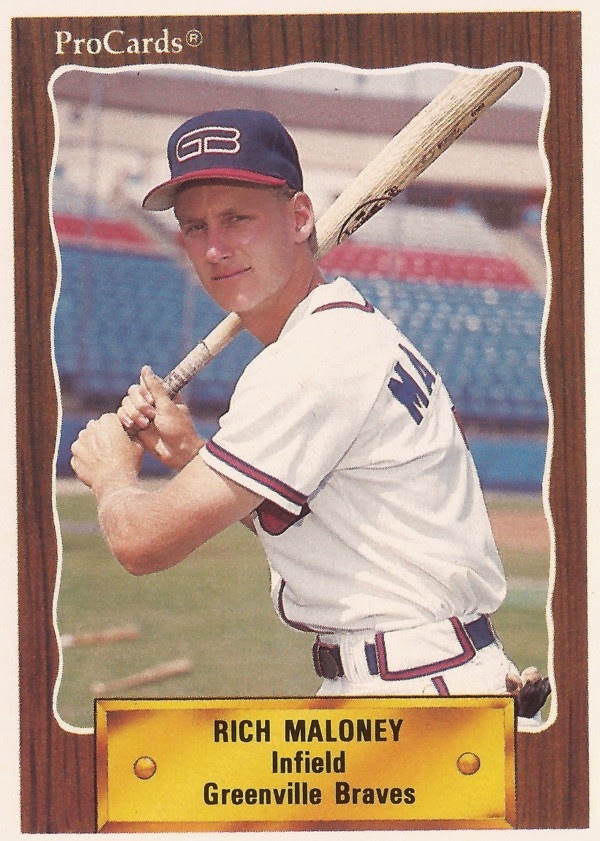 Rich Maloney described the origins of his coaching style to The Michigan Daily in 2003. The occasion was his appointment as Michigan's new baseball coach.

His coaching style, Maloney told The Daily, came directly from his days playing as a youth and as a pro.

"I think of the coaches who I played for, even when I was young," Maloney told The Daily. "I had several wonderful human beings breathe fresh air into me; they really inspired me to become the best I could be in baseball and in other endeavors. That's where I derived my coaching career from."

Maloney turned to that coaching career after a professional playing career where he saw time in six seasons. He never made AAA.

Maloney's playing career began in 1986, taken by the Braves in the 13th round of the draft out of Western Michigan University.

Maloney had a 14-game hitting streak early in 1987, according to The Sumter Daily Item. His manager Buddy Bailey praised Maloney to the paper.

"When the money's on the line, you like to see the ball hit to him," Bailey told The Daily Item, "and he's the one you'd like to see at the plate when it's crunch time. He's not flashy - just steady."

Maloney also got into 20 games that year at single-A Durham. He then remained at Duhram for the next two seasons and part of 1990. He first saw AA Greenville in 1990, hitting .205 in 59 games.

By 1992, Maloney had returned to baseball and to the school he once played at. He served as assistant coach at Western Michigan through 1995.

He then got his first head coaching job, at Ball State in 1996. He stayed there through 2002, then signed on with Michigan. His time at Michigan lasted through 2012.

He then returned to Ball State, named to his old head coaching position that June. He remains head coach in 2015.

"He was an integral part of continuing the outstanding tradition of Ball State baseball in his previous tenure with the Cardinals, and we are looking forward to his return," Ball State director of intercollegiate athletics said in a statement. "Coach Maloney has built an outstanding resume as a collegiate head coach and his proven track record was a key factor in his hiring at Ball State."
1990 Minor League Tally
Players/Coaches Featured: 2,016
Made the Majors: 899-44.6%
Never Made Majors:1,117-55.4%-X
5+ Seasons in the Majors: 383
10+ Seasons in the Minors:220
Posted by Steve78 at 11:00 PM