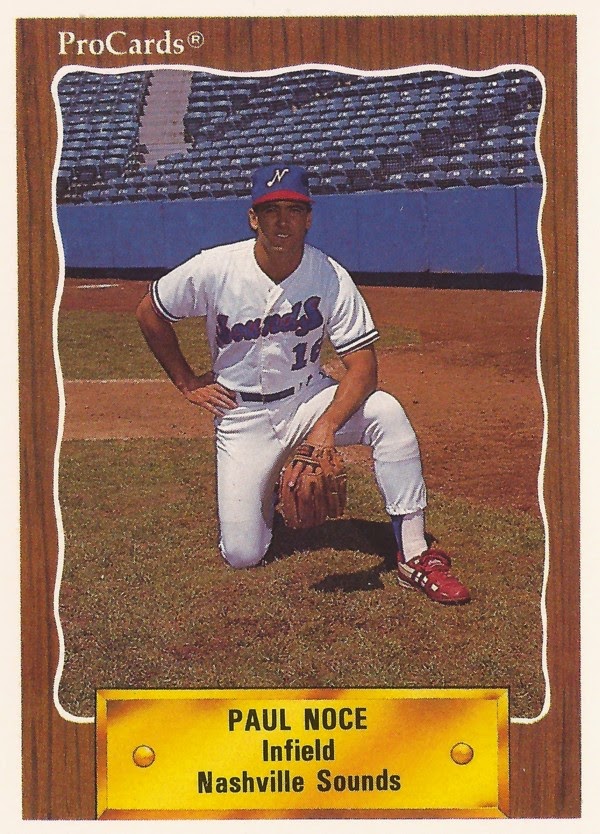 Paul Noce was ready with advice in July 1987. The utility infielder had spent six seasons in the minors, finally getting a call to the majors and an extended stay in Chicago with the Cubs.

"Work hard," Noce told The Spokane Spokesman-Review. Noce played his college ball in Spokane with Washington State. "Don't let anything get in your way. Don't let people say you can't play. It pays off."

Noce was in the middle of a year where he played in 70 games for the Cubs. He'd had a good spring, and was brought up June 1 to give Shawon Dunston a rest. As it turned out, Cubs Hall of Fame second basemen Ryne Sandberg sprained his ankle, extending Noce's playing opportunities.

Noce was originally taken in the 14th round of the 1981 draft by the Padres. He never made it above high A with San Diego, traded by the Padres in early 1984 to the Cubs. In the Chicago system, Noce went right to AA Midland. He made AAA Iowa in 1985 and Chicago in 1987.

With the Cubs, Noce hit three home runs and stole five bases on eight attempts. Two of his caught stealings put him in the record books. In the third inning of the June 26 game against Pittsburgh, Noce was caught stealing twice - in one inning.

He singled and tried to steal second. He was ruled caught, though safe on an error by the shortstop. Then he tried for third, this time the throw was fielded cleanly. Noce made up for it a few days later in Montreal, belting four hits in a single game, never attempting a steal.

One of his three home runs came July 7, against Eric Show. Two batters later was Hall of Famer Andre Dawson, with Show throwing the infamous Show bean ball hitting Dawson in the face.

Noce returned to AAA Iowa for 1988 before being traded mid-year to the Expos and sent to AAA Indianapolis. He signed with Seattle in 1989 and the Reds for 1990. It was with the Reds system that Noce got the call-up from AAA Nashville to play in one final major league contest.

Put into the game in the ninth, the Reds down 3-0, Noce got a clean single, but would be stranded. His 1990 major league line was one at bat, one hit. He returned in 1991 playing a few games with the Giants at AAA Phoenix and Noce's playing career was done.

Noce served as head coach at Hillsdale College in Michigan for 20 years, stepping down in 2013.

Talking to The Spokesman-Review in 1987, Noce was asked what the highlight of that year had been.

"Just being called up, I guess," Noce told the paper. "Finally making it. That's been the highlight. It's nice that hard work finally paid off I feel good about that."