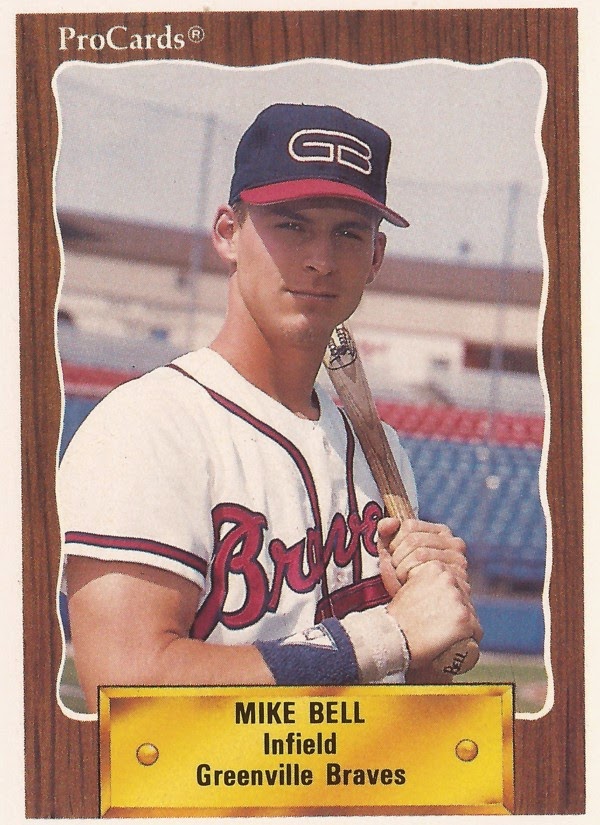 Mike Bell already had time in two major league seasons behind him. In spring 1993, he was looking to get back.

He was trying to do so with a new team, the Pirates, after being taken the previous December in the minor league draft.

"Being drafted is as good as a trade," Bell told The Beaver County Times that March. "It gives me a new opportunity."

Bell never did get back to the majors. The 53 games he spent with the Braves in 1990 and 1991 ended up being the extent of his big league career. Those games were enough, though, to get invited back years later for a Braves alumni day.

Bell's career began in 1987, having been drafted by the Braves in the fourth round of the draft out of Newton High School in New Jersey.

Bell's start was delayed by contract negotiations as he tried to decide whether to go to college or turn pro, according to The Sumter Daily Item.

He went to school for a semester, then he got the next offer. "(I) was going to go this spring, but I decided to go play ball," Bell told The Daily Item.

Bell played 1990 back at Greenville. That May, he made the jump all the way to Atlanta. He got into 38 games that year for the Braves and hit .244.

Bell returned to the Braves for another 17 games in 1991. He hit two home runs over his brief major league career. He also had 15 total hits, for a career .200 average.

Bell played 1992 back in the minors at Greenville. He then moved to the Pirates for 1993, playing 32 games at AAA Buffalo. His final pro time came in 1994 at independent Alexandria.

Years later, in 2013, Bell returned for a Braves alumni day, one honoring the troops.