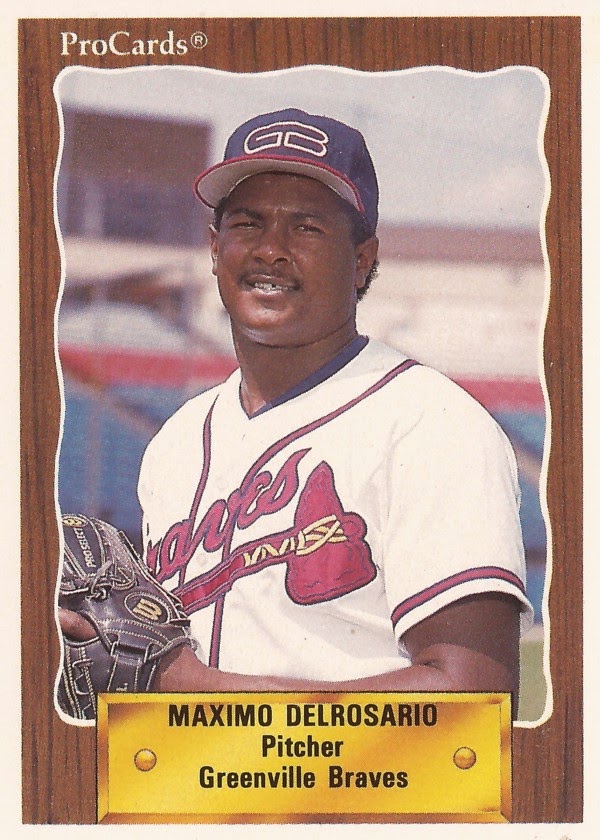 Maximo Del Rosario started off the seventh inning in this June 1990 game and he could get nothing going, according to The Orlando Sentinel.

He opened the frame for AA Greenville with the lead. But he also opened it with two walks. As the inning and the game turned out, he ended up taking the loss, The Sentinel wrote.

"I felt like we should have won the game," Greenville manager Buddy Bailey told The Sentinel. "It's one thing to get beat by hits, but our errors and the bases on balls contributed directly to their winning the game."

Del Rosario's career began in 1983, signed by the Braves as a free agent out of his native Dominican Republic.

Del Rosario started with the Braves in the rookie Gulf Coast League. He got 12 starts there, going 5-3, with a 3.16 ERA.

Del Rosario split 1987 between Durham and AA Greenville. He got 60 outings between them and a 1.99 ERA.

In January 1987, Del Rosario was pitching in his home country in winter ball and facing major leaguer Tony Pena. According to The Pittsburgh Post-Gazette, Pena called Del Rosario a "crazy sidewinder," then proceeded to get a hit off him.

Del Rosario played 1988 completely at Greenville. He had a 2.97 ERA in 55 outings there. He also saved seven games. He had a win in a June game.