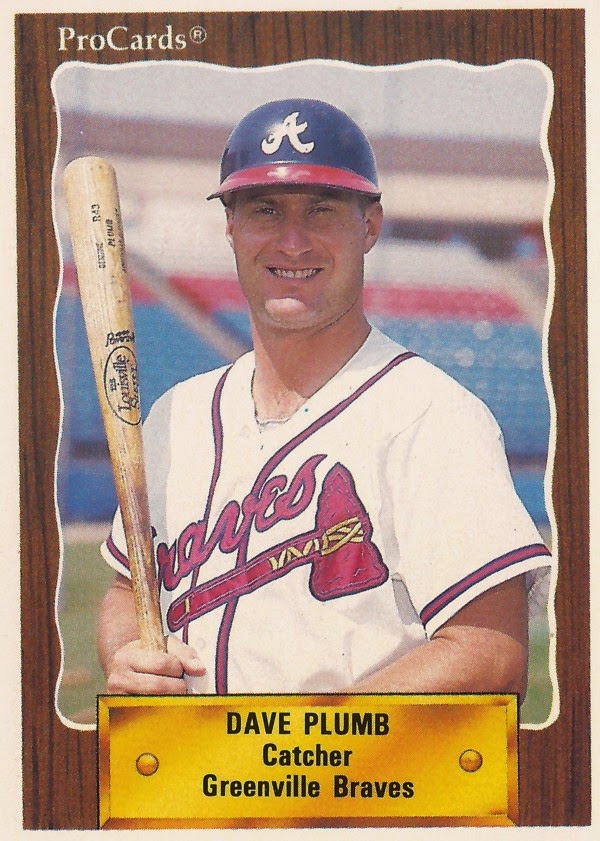 David Plumb was coming on strong in 1987 and his Sumter Braves teammate Brian Deak felt the pressure, Deak told The Sumter Daily Item that July.

Deak had been performing poorly at the plate and he cited Plumb as a reason he needed to get his own bat going, according to The Daily Item.

"I just haven't been hitting the ball - I don't know why," Deak told The Daily Item. "It doesn't help that the guy I'm switching off with (Plumb) is knocking the cover off the ball."

Plumb was in his second second professional season. The catcher's hot hitting kept up through the end of the season, Plumb closing out with a .318 average.

Plumb couldn't keep that hitting up. He played in a total of five professional seasons, making AAA, but not the majors.

Plumb's career began in 1986, taken by the Braves in the 26th round out of Auburn. He's sometimes credited more informally as Dave Plumb.

Plumb started with the Braves in the rookie Gulf Coast League. He hit .223 in 41 games. He then moved to single-A Sumter for 1987  and increased his average to that .318 mark.

He went 3 for 5 in one June game for Sumter, hitting one of his five home runs on the year. He had an RBI double in a July game.

Plumb played 1988 at single-A Durham, getting a three-game look at AA Greenville. He hit .261 overall, with nine home runs.

His 1989 campaign saw Plumb getting three games at AAA Richmond. His overall season lasted just 43 games, getting into the other 40 at Greenville. He hit .218.