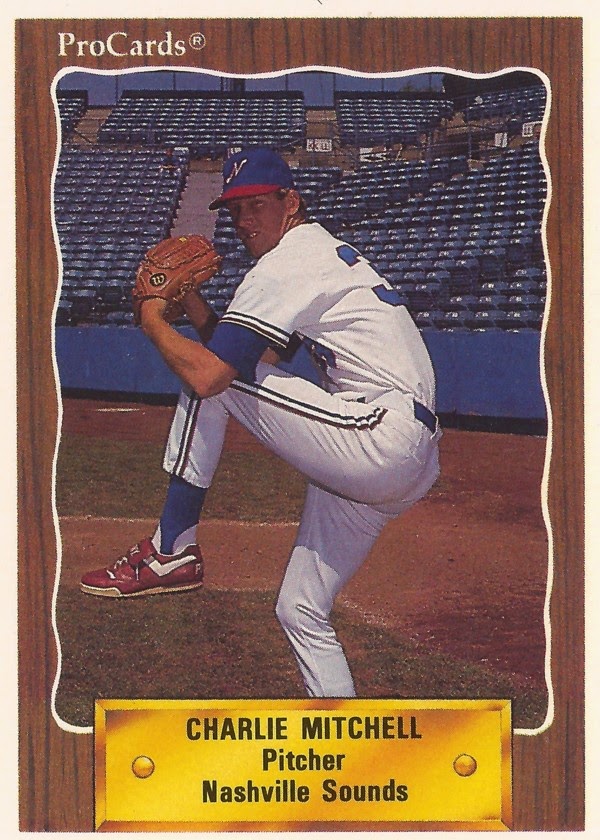 Charlie Mitchell and his brother John had been on their way to becoming siblings on the same team, the Red Sox. Until 1985.

First John was traded to the Mets system, then Charlie was sent off to the Twins.

"We have nothing against the Mitchell family," Red Sox GM Lou Gorman told a reporter after the organization rid itself of the second Mitchell sibling, "but we didn't think Charlie fit into our plans in the long haul."

For his brother John, the move signaled the path to his major league debut. For Charlie, it saw him leave the major league portion of his career behind.

Charlie Mitchell was taken by the Red Sox in the fourth round of the 1982 draft. He was first sent to short-season Elmira, and made AA New Britain in 1983. With New Britain, Mitchell shut down Reading Sept. 6 over four innings for his 14th save, according to a wire report in The Day.

He made Pawtucket and Boston in 1984. He made the International League All Star team that year.

Mitchell, described in one report as a sinkerball specialist, made his major league debut Aug. 9. The Rangers' Pete O'Brien greeted him to the majors with a solo home run on his first batter faced.

Twenty-three years later, Hideki Okajima would do the same, getting Mitchell back into the papers.

Mitchell pitched in 10 games for the Red Sox that year, posting a 2.76 ERA. In one game, Sept. 14, Mitchell's performance, three hits over three innings, was seen as the lone bright spot for the Sox, who lost to the Yankees 7-1.

Mitchell returned to Boston for only two games in 1985, giving up three runs in 1.2 innings. Mitchell would play in affiliated ball through 1991, but never return to the majors.

Then he made a home with the Reds at AAA Nashville, where he would remain for four seasons. Baseball-Reference has Mitchell returning to independent Columbia for 1996 and 1997, ending his baseball career.

More recently, Mitchell went on a baseball clinic and baseball chapel visit to Mexico in 2008, according to the blog EddieMosley.com. For an account of the trip, visit the site.