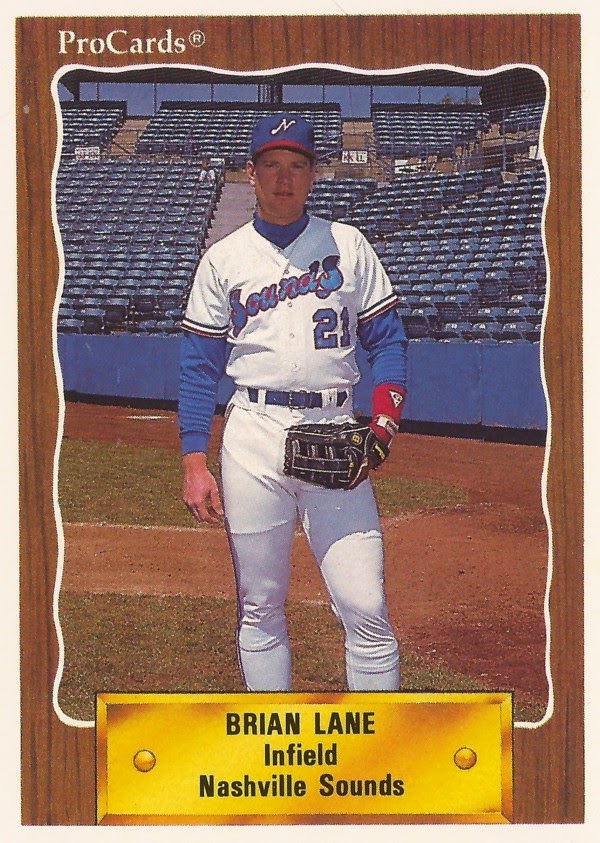 Brian Lane and the Chattanooga Lookouts got a look at a major league pitcher this exhibition game in April 1993.

This major league pitcher also had a perfect game behind him, Tom Browning. Browning, though, was far from perfect. He gave up 13 hits. Among those Lookouts who got in on the action was Lane.

"It wasn't really his day," Lane told The Associated Press afterward. "This guy's got a perfect game in the major leagues. We got to him early and it was fun. Some days you go to the plate and get good pitches."

Lane's career began in 1987, taken by the Reds in the third round of the draft, out of Midway High School in Waco, Texas.

He played that first year at rookie Billing. He hit .200 in 56 games. He moved to single-A Greensboro for 1988, improving his average to .282 over 115 contests. He went 2 for 4 in a May game for Greensboro, including executing a hit-and-run.

He's not recorded as playing in 1991, but he returned in 1992 for 57 total games between Chattanooga and Nashville.

His year in 1993 ended up being his last. Playing a full season back at AA, Lane hit .264, with 10 home runs, ending his career short of the majors.