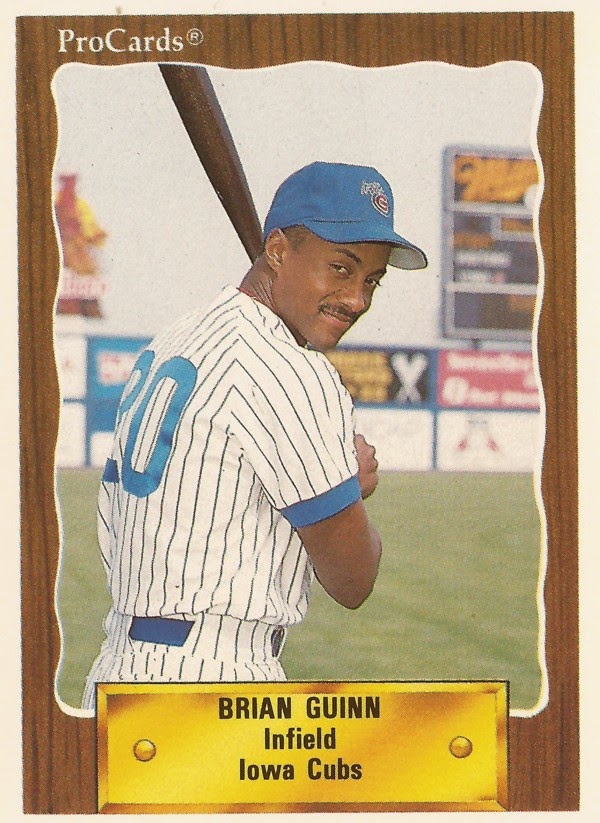 "We will take each game and team inning by inning and day by day," Guinn told the school's Web site. "Every team has to throw ball over the plate so if we play well defensively and swing the bats, we're capable of beating anyone."

Guinn's playing career began in 1983, taken by his hometown Athletics in the fifth round of the draft out of the University of California.

Guinn played that first year at short-season Medford, hitting .251 in 66 games. He moved to single-A Modesto in 1984, hitting .211, with two home runs. One of those home runs came in the game where Modesto clinched the division.

He hit AA Huntsville briefly in 1985, then hit AAA Tacoma briefly in 1986. Nearing the end of spring training in 1987, though, Guinn was sent with two other minor leaguers to the Cubs. Sent back to Oakland was Hall of Famer Dennis Eckersley and another player.

"I look at it as a positive thing," Guinn told The San Francisco Chronicle in 2004, upon Eckersley's induction into the Hall of Fame. "A lot of people don't get an opportunity to be involved in a trade like that."

With the Cubs, though, Guinn backtracked. He played 1987 back at AA, at Pittsfield. He hit .281. In May, a fifth-inning double proved the difference in a win over Reading.

Guinn returned to AAA for good in 1988, at Iowa. He played at Iowa through 1991, without getting called to Chicago. Guinn finished out his career, a decade after it started, in 1992, with the White Sox at AAA Vancouver.

His playing days over, Guinn went on to be a scout with the Diamondbacks and work in sports management and consulting. He's also coached baseball and basketball at Berkeley High School. He's been head coach at the Academy of Art since 2009.

Guinn's son, B.J. Guinn, has also followed his father into the game. B.J. Guinn has played in the Padres system. His 2014 campaign marked the son's fifth season as a pro.