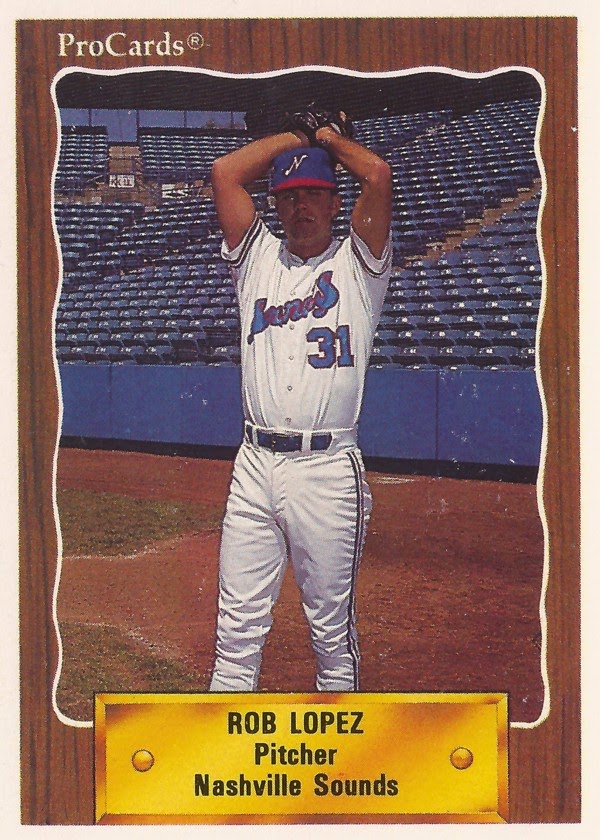 Rob Lopez' coach at North Alabama talked up the performance of his senior starter in the first half of that April 1985 double-header by comparing it to the second half, The Florence Times Daily wrote.

In the first half, Lopez shut down visiting Delta State, throwing a complete game, giving up just one run. In the second game, that same Delta State team showed it could hit, putting up 10 runs.

"Robert threw the ball well against a very good hitting ball club," North Alabama coach Mike Lane told The Times Daily. "It's obvious by the second game that they can hit the ball. He kept them off-balance with his breaking pitches all day."

Lopez arrived at North Alabama, growing up in Port Arthur, Texas. From North Alabama, Lopez then arrived with the Reds and was sent to rookie Billings. At Billings, Lopez continued his stellar pitching, going 8-2, with a 1.32 ERA in 16 outings.

Lopez also earned a spot on the Reds' 40-man roster.

For 1988, Lopez pitched full time at Nashville, getting 22 outings, 7 starts. He posted a 3.95 ERA. Lopez then returned to Nashville for each year through 1991.

Three more starts at Nashville for 1991 and Lopez' career with the Reds was over. He picked up seven more outings at independent Reno that year, then is credited with four final starts three years later at independent Beaumont in his home state of Texas, ending his career.