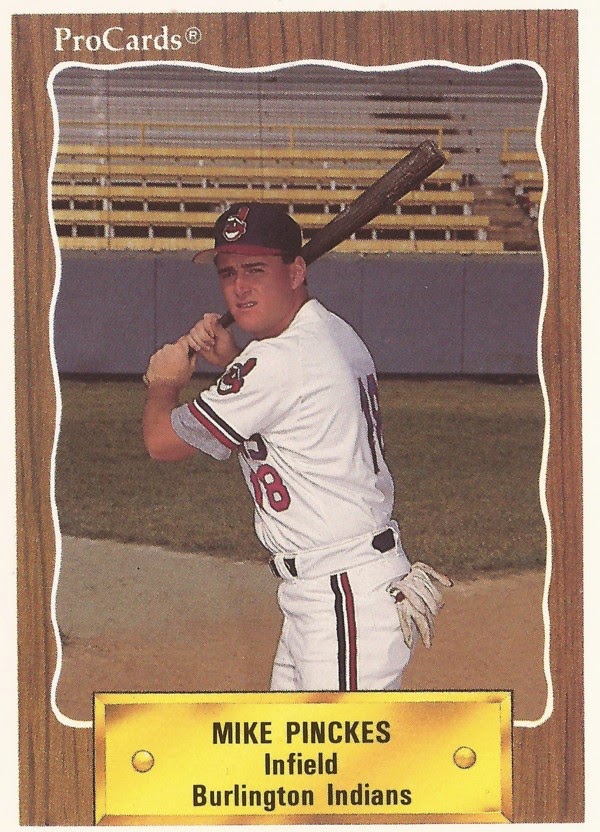 It was an exhibition game near the end of spring training in 1990, but Mike Pinckes was facing AAA pitchers.

The Stetson University hitter proved his worth, hitting a AAA Tucson Toro's pitch out for a grand slam, according to The Orlando Sentinel.

"With the bases loaded, I was just thinking about hitting the ball hard," Pinckes told The Sentinel. "When I hit it, it felt so good I didn't feel it at all. It was a great feeling."

Pinckes' career began in 1990, signed by the Indians as an undrafted free agent out of Stetson in Florida.

At Stetson in 1989, Pinckes scored four times while knocking in four in a regional win. The team was eliminated days later in a game where Pinckes was praised for his defense with two good diving stops, according to The Daytona Beach News-Journal.

"I just got lucky, I guess," Pinckes told The News-Journal of the stops. "I dove and just came up with the ball."

With the Indians, Pinckes played the 1990 season at rookie Burlington. He got into 54 games, hitting .233. He hit two home runs and knocked in 20.

He explained his life in the minors to The Sentinel that July.

"It's a small town, and there's not too much to do but wake up and go to the park early. And we play every night," Pinckes told The Sentinel. "It's tough mentally to get up everyday and come to the park. But it's what I wanted to do. It's why I'm here."