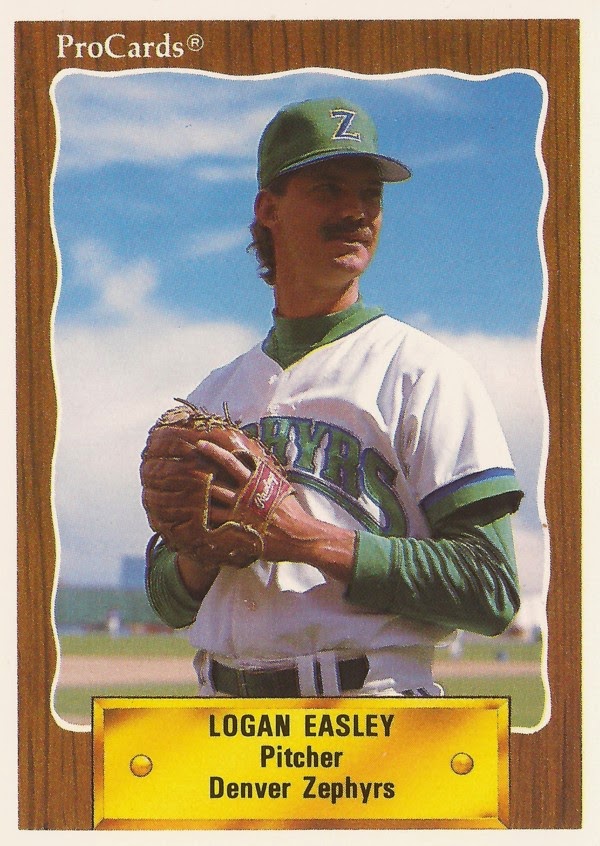 The trade between the Yankees and the Pirates involved six players. For minor leaguer Logan Easley's task was to make it involve one more major leaguer, himself, according to The Pittsburgh Post-Gazette.

"People probably thought the Pirates had gotten rid of three big-leaguers for two big leaguers and a minor leaguer," Easley told The Post-Gazette in February 1987. "But that's fine if they want to overlook me. I just want to prove 'em wrong."

Easley was going into his seventh professional season in 1987. It ended up being his first with time in the majors. He ended up playing professional for 11 seasons, with Easley seeing time in two of those seasons in the bigs.

Easley's pro career began in 1981, taken by the Yankees in the 20th round of the draft out of the College of Southern Idaho.

Easley started with the Yankees at rookie Paintsville. He moved to single-A Greensboro in 1983 and first made AA Albany-Colonie in 1985.

At Albany-Colonie in 1986, Easley went 8-7, with a 1.51 ERA and picked up 18 saves. His success that season was traced to his success with a split-fingered fastball. Easley recalled to The Pittsburgh Press he initially had trouble.

"But they kept me throwing it and the more I threw it the better I got," Easley told The Press. "I got more confidence in the pitch and by mid-June, I felt I could pitch anywhere ... Triple-A, the majors."

For 1987, Easley made Pittsburgh out of spring training. He then stayed with the team through the end of May. In 17 games, 26.1 innings, Easley had a 5.47 ERA. He played the rest of the season at AAA Vancouver.