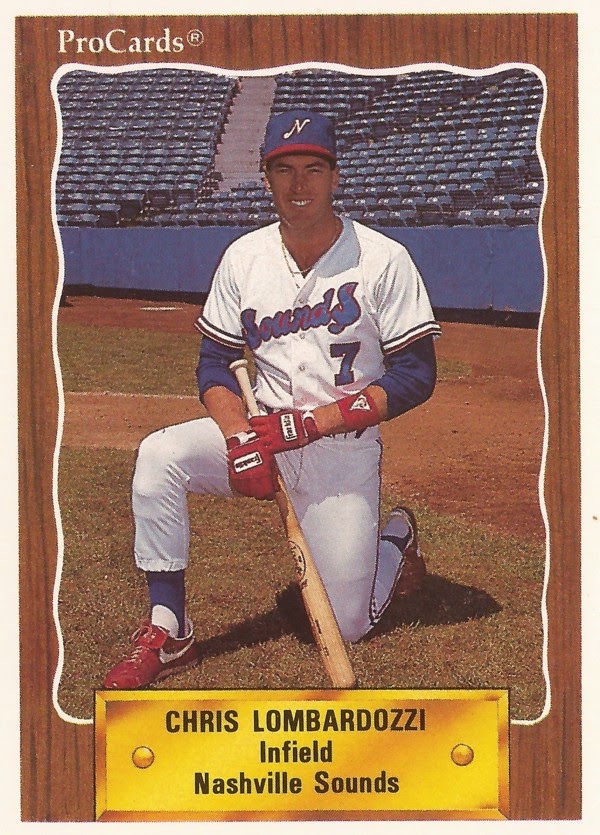 Chris Lombardozzi always dreamed about playing in the majors, but he didn't realize it was possible, he told The South Florida Sun-Sentinel in April 1986.

Giving the single-A player hope, though, was his brother. His brother Steve Lombardozzi debuted the previous year with the Twins.

"Steve says I can make it," Chris Lombardozzi told The Sun-Sentinel. "I'll just have to work hard, be disciplined and see what happens. I do know it's possible."

While Steve Lombardozzi made it and had a long major league career, his brother Chris never did. Chris Lombardozzi played in six pro seasons, making AAA, but not the bigs.

Chris Lombardozzi's career began in 1985, taken by the Yankees in the ninth round of the draft out of the University of Florida.

At Florida in May 1985, Lombardozzi explained to The Gainesville Sun his style on the field.

"I'm what you call an intense person," Lombardozzi told The Sun. "I sometimes get caught up in being a perfectionist. I'm not a real gifted athlete, but I've always been taught that if you work hard enough at something, if you want it bad enough, it'll come to you."

Lombardozzi started with the Yankees at short-season Oneonta. In 66 games, he hit .246.

He moved to single-A Fort Lauderdale in 1986, then got his first look at AA Albany-Colonie in 1987. He got into 28 games there, hitting a home run in a June game.

Lombardozzi moved to the Reds system for 1988. playing that year at single-A Cedar Rapids. He played 1989 at AA Chattanooga, hitting .262.