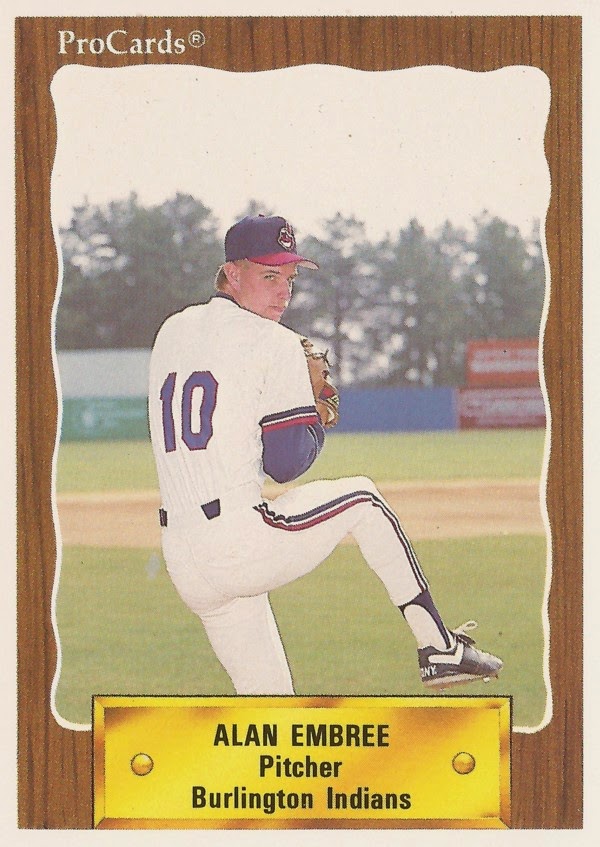 Going into spring 2004, Alan Embree had experience in the playoffs and World Series, but he hadn't played on an actual championship team.

The left-handed reliever told The Associated Press that March, he felt his Red Sox could be that team, just with some more bullpen help.

"You look at most championship teams, they have more than one lefty," Embree told The AP. "I would really appreciate another lefty but I'm ready to pitch whenever I'm called upon."

As it turned out, the 2004 Boston Red Sox team was a championship team and Embree was called upon multiple times to help get them there.

Embree was on the mound to close out Game 7 of the American League Championship Series against the Yankees. He was also there to get two eighth-inning outs in the World Series clincher.

Just over a decade earlier, elbow problems threatened to derail his career before Tommy John surgery and the work that went along with it got him back to the majors and on to a career that saw time in 16 separate seasons.

Embree's career began back in 1989, taken by the Indians in the fifth round of the draft out of Prairie High School in Vancouver, Wash.

He played 1992 at high-A Kinston and AA Canton-Akron. That September, he made the jump all the way to Cleveland. He got four starts that September and had a 7.00 ERA.

In the run up to the 1993 season, Embree's throwing elbow went out. He need Tommy John. After going through the grueling physical therapy.

"I was a power pitcher again," Embree told PTpubnight.com years later. "But I wasn't done. I took things from my rehab with me and created the maintenance program I followed throughout the rest of my career. The way I look at it is because of this maintenance program, it gave me seven to eight years onto my career."

He got into 23 games for the Indians that year, with a 5.11 ERA. In the post-season, he got into one ALCS game and four games in the World Series against the Braves.

Embree returned to the Indians for 24 outings in 1996. For 1997, he moved to the Braves. He also started a run where he got into at least 55 games each season for 12-straight campaigns. In three of those seasons, including 2004 with the Red Sox, Embree got into at least 70 games.

In his first year with the Braves, as the team relied upon him more, Embree credited that extra work with making him better.

"I think the biggest difference in me as a pitcher this year and last year has been the opportunity to go out there," Embree told The Spartanburg Herald-Journal. "The more I throw, the better I get."

Over his 16 seasons, Embree got into 882 major league games, with a career ERA of 4.59. He also won that one World Series.