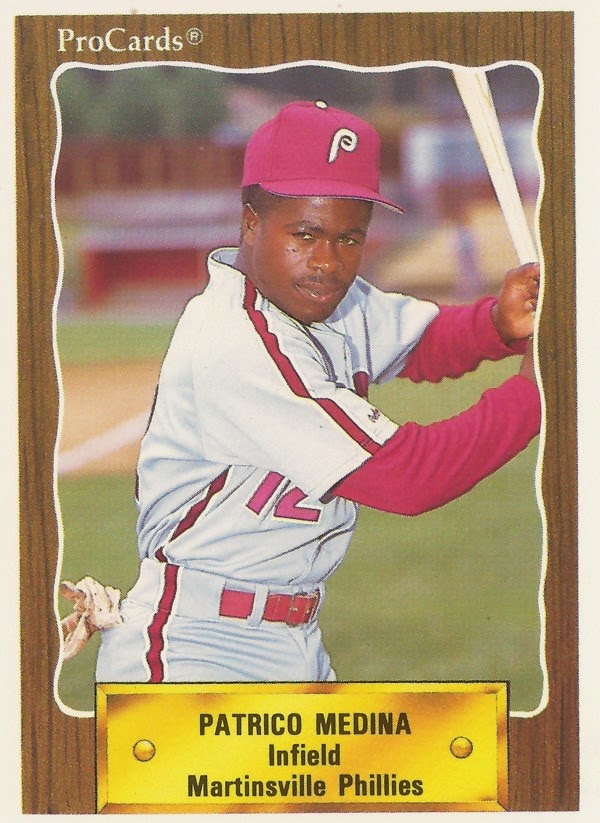 Patricio Medina came to the Phillies system in 1990 and joined his brother Facaner. Both signed with the Phillies out of their native Dominican Republic.

In spring 1990, The Philadelphia Inquirer asked Patricio Medina to compare what he'd seen of American players with players from the Dominican Republic.

"The Americans are like giants," Medina told The Inquirer. "But we are quick - very quick."

Madina was quick enough to steal five bases that year after being assigned to rookie Martinsville. His career, though, was quick, as well. It lasted just that single season.

Medina's brief career began that year, signed by the Phillies out of his native Bani, D.R., west of Santo Domingo. His name as also been spelled Patrico Medina.

With the Phillies, Medina played that year at rookie Martinsville. He played in 47 games, 46 of them at shortstop. He played the other game at second.