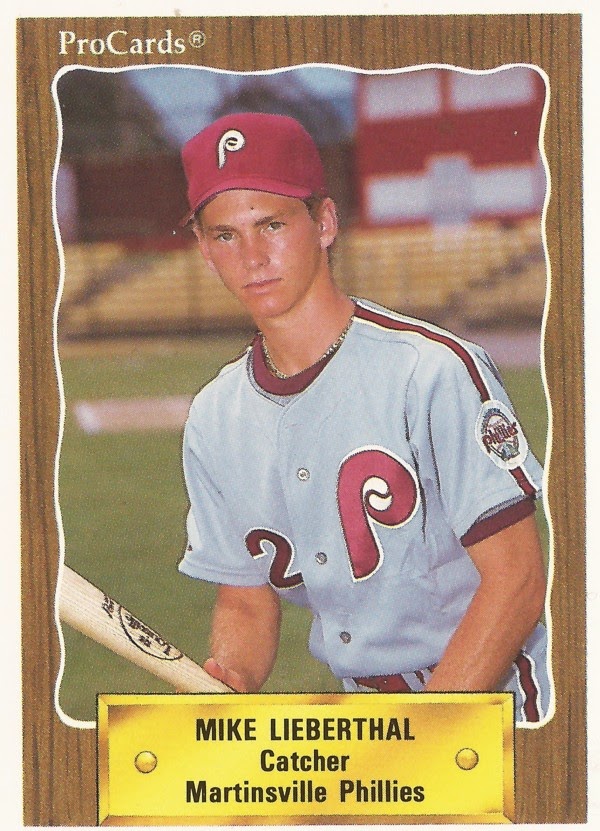 The Phillies stayed in the thick of the Wild Card lead in late-September 2003 and longtime catcher Mike Lieberthal had a big role in that.

In the game that put the Phillies up, Lieberthal hit two home runs and knocked in four runs, The Associated Press wrote.

"Being in a pennant race and coming to the field everyday is kind of a rush," Lieberthal told The AP.

Lieberthal's career began in 1990, taken by the Phillies in the first round, third overall, out of West Lake High School in California.

Lieberthal started at rookie Martinsville. He hit high-A Clearwater in 1991 and then AAA Scranton in 1992. He first made Philadelphia in 1994, getting into 24 games that year.

That August, Phillies coach John Vukovich told The South Florida Sun-Sentinel how important Lieberthal was to the team

"When it comes to his whole game defensively, from catching balls, to shutting the running game down and calling a game, Mike is as good or better than anybody in the league," Vukovich told The Sun-Sentinel. "He's had a big impact on our pitching staff. And he's made a huge improvement on balls in the dirt. He's as good in the dirt as there is in the league."

Leiberthal hit a milestone in 2005 - his 1,000th game caught for the Phillies. He continued with the Phillies through 2006. He then played one more season, 38 games with the Dodgers, ending his career.

In 2012 he was inducted into the Phillies Wall of Fame.